Jennifer Toney received her Associates Degree in Elementary Education from Carl Albert State College in 2000, and a Bachelors Degree in Elementary Education from Northeastern State University in 2002.  She has received two Masters Degrees from East Central University, Educational Technology in 2007, and School Counseling in 2013. Jennifer has been a teacher at Panama school since 2002, and she was named District Teacher of the Year in 2008.  She has taught various subjects at both the middle school and elementary levels, and currently she teaches special education and serves as a Director of Special Education.  She has received specialized training in the following areas: Autism, Wrightslaw (special education law), Comprehensive Literacy, Literacy First, LETRS® (Language Essentials for Teachers of Reading and Spelling), KESAM (K-8 Scholars Appreciating Mathematics, OKTLE (Oklahoma Teacher & Leader Effectiveness). She is the director of the Pervasive Parenting Sibshop and a first-generation facilitator for the program. Jennifer lives in Panama with her husband, Kodey, and two sons, Konner and Kruz. She has always had a passion for volunteerism and helping those in need in her community.  In 2008, she started the Panama Parent Teacher Organization, which sponsors food drives for the community, scholarships for graduating seniors, grants for teachers, and many other projects that are beneficial to the community and Panama School.  She is a member of the Panama Businesses & Associates, and has served as assistant director for the Miss Panama Pageant for several years.  Jennifer’s son, Konner, was diagnosed with Autism in 2008, and since that time she has devoted much of her life to helping children with disabilities by becoming a special educator and an advocate. 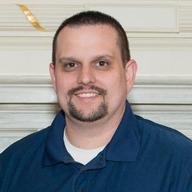 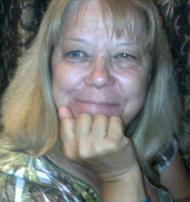 Terry Yarbery is the Guidance Specialist for the Pervasive Parenting Center. She is a graduate of Pocola High School. She earned a Bacholor's Degree and from Northeastern Oklahoma State University in Elementary Education. She also received her Master’s Degree in Reading from Northeastern Oklahoma State University.
Terry applied was a teacher at Panama Public Schools for 33 years. She taught first grade there for 24 years then taught fourth, fifth and sixth for the next nine years.  During her tenure at Panama Public Schools Terry provided tutoring through the 21st Century Grant, and JOM tutoring through the Choctaw Nation. She earned her certification in Special Education (Mild to Moderate) in 2013, and she taught Special Education until she retired in 2015.
In October of 2016 the Pervasive Parenting Center received a grant from the Department of Education, Office of Special Education. Terry was hired as a Guidance Specialist and works to provide trainings, autism screenings, and assist parents and families of children with disabilities find the resources they need to make informed decisions for their child’s education.
Terry is the mother of two beautiful daughters Shiloh, and Shelby. She is currently the primary caregiver for her mother and soon to be grandmother to a granddaughter and grandson. She enjoys reading, crocheting and traveling.


Kimberly, is a high school graduate, and attended the Kiamichi Technology Center. She was diagnosed with Autism at the age of 22. After completing a summer of social group she joined the staff as an intern in 2017. She has become an integral part of the Pervasive Parenting Center, and was promoted to office manager in 2018. She enjoys working at the Pervasive Parenting Center because it allows her to have a voice in advocacy for herself and others in the area. She also wants to help advocate for future generations so they have the same, or better, rights as she has. She wants to help alleviate the dehumanization of those on the spectrum. 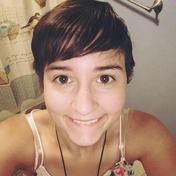 Kodey Toney is the director of the Pervasive Parenting Center, but most importantly he is a father and husband. He and his wife Jennifer have two sons, Konner and Kruz. Kodey has an Associate’s Degree in Broadcast/Journalism from Carl Albert State College; a Bachelor’s Degree in Liberal Arts from Rogers State University, and a Master’s Degree in Education Administration from East Central University. He has 18 hours of training in special education law through Wrightslaw, is a 2013 graduate of the Partners in Policymaking program through the Oklahoma Developmental Disabilities Council,​2014 Graduate of William and Mary Institute of Special Education Advocacy, Appointed to the Governor's Council on Developmental Disabilities, TARC 2015 Parent Advocate of the Year. Konner’s diagnosis of autism at the age of three sparked him to do many of the things he has to help bring awareness to the rural area of eastern Oklahoma. 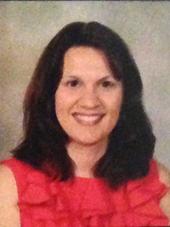